Facts and myths about chicken pox

Chickenpox, also known as varicella, is a highly contagious disease caused by the initial infection with varicella zoster virus (VZV). Itching makes it difficult and can even give sleepless nights night because of continuous scratching which further leads to skin infection and scarring.  But just like other diseases there are loads of myths attached to this one too so we bring you the real facts

Myth: Once you have had chickenpox, you will never have it again

Fact: When your kid has chickenpox the body develops antibodies named immunoglobulin which fight off the chickenpox virus in later life. However, it is not possible that all those who contract chickenpox virus will go on to produce protective levels of the vital antibodies. There are many who cannot.

Myth: Scratching can cause scarring

Fact: Only persistent scratching can cause scarring and most of the time the scars fade away. But, sometimes there are possibilities to be affected by the bacteria that are left untreated and can cause scars. 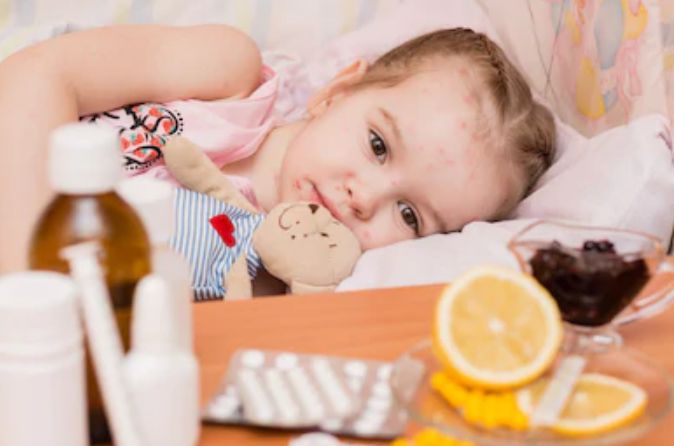 Myth: Those who have had chicken pox will not suffer from shingles

Fact: Shingles is caused by the same virus as chickenpox. When this virus is not completely cleared from the body they may be reactive. So, it is possible that kids who had chickenpox will develop shingles later in life.

Myth: All children should be exposed to chickenpox as soon as possible

Fact: Chickenpox can be dangerous for kids who have not fully developed their immune system. These are mainly in children who are less than a month old. So, it is not good for them to get it early as it is very painful and dangerous for health.

Myth: It is a totally harmless disease

Fact: It has been seen that many kids get ear infection as a result of chickenpox and can even have pneumonia, so calling it a harmless disease is wrong. In few rare cases it may cause myocarditis, glomerulonephritis, orchitis, inflammation of parts of the eye etc.

Myth: The best treatment of it is applying calamine lotion.

Fact: This lotion is no longer recommended by doctors. It is because as soon as it dries, it is no longer effective. For treatment, you can go for an age-appropriate dose of anti-histamine which reduces itching.

This Boy’s Insane Step will Shock You

How to Potty Train Your Kid

How to Manage Toys

Things You Should Carry While Going Out in Corona Times

Ways to Help Your Parent Deal With Loneliness During Covid times