A home economics lessons for boys:

Though today girls and boys are all equal and both of them perform every task but only girls get home economics classes. But seems like things are changing and getting a great turn as a Spanish college named Colegio Montecastelo launched a home economics course in October 2018. This course teaches cooking, washing, ironing and other chores household chores. Thought the  course faced some initial resistance but then witnessed participation from male students, teaching staff and even fathers of some students.

The parents of the students were satisfied and applauded the actions of the school. And they also tested the skills of the boys at home as well.

This initiative of the school is very valuable and useful. Through this young people can learn things that will be helpful for them as adults, both alone or when they form a family. Not only women but men should also know how to manage household work.

One more aspect behind this is to convey the message that everyone should be able to make their own contribution to home and that there are no certain tasks that belong to women or men only. Both of them can help each other and perform their duties. 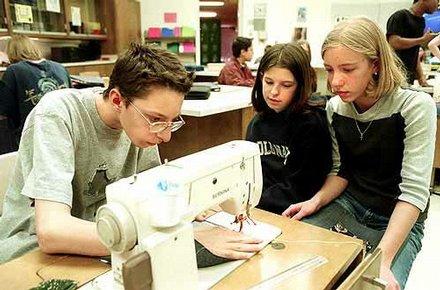 After the success of the experiment, the administrators of the college have decided that they will increase access to the courses, hoping to be an example for other schools as well.

We feel Indian schools and colleges should also launch these kind of initiatives to bridge the gap equality between men and women.

How to Avoid Spoiling Your Kids

This Mother is Winning Hearts on Social Media

Common yet ignored symptoms of Menopause

Things to Know before Getting your Kid’s Ear Pierced

Things You Need to Know About Birthing Pool

Ways to protect Smartphone from Kids

Kalki Koechlin Opens Up About Her 17 Hour Labour

Games that every 90’s kid remembers

It's a Baby Girl for Kapil Sharma